A few years before I published my first novel, when I was still hesitant to even call myself a writer, the Woodland Public Library held a book sale. On the first day of the sale, all the books were neatly stacked in milkcrates and cardboard boxes spread throughout the community room and the interior courtyard. The books were two dollars for hardbound and a dollar for paperbacks and magazines. I left with a stack of books, all beautifully worn hardbound copies, some of which I had borrowed before and now couldn’t believe I owned, such as Vladimir Nabokov’s Tyrants Destroyed and Other Stories. The next day I returned and prices had dropped: hardbound books were now a dollar each. I left with two brown paper bags full of books and a list of titles in my head that I wanted to research before committing to. I went to bed very late that night. I kept thumbing through my newfound acquisitions, reading the first sentences, examining with curiosity the stamped dates, all from long ago, that marked the last time the books had been checked out.

The next morning, I returned to the library and found that prices had dropped drastically: it was now three dollars for an entire box. My careful research had been in vain—I started grabbing every book I had so much as looked at twice. I found gifts for friends—Cormac McCarthy’s Child of God for Carlos, John Barth’s Lost in the Funhouse for Bradley—I found books that I couldn’t believe were ever in circulation at the Woodland Public Library: Julio Cortázar’s Nicaraguan Sketches, for instance. Many of the books, I have to admit, weren’t immediately compelling, but I couldn’t risk leaving them behind: a collection of Mormon folk stories edited by Wallace Stegner, an old biography on Victor Hugo, probably too many novels by John O’Hara. I remember these days as some of the happiest of my life. It wasn’t just the expansion of my personal library, which at the time mostly consisted of yellowed Signet classics, it was the feeling that literature was enveloping me, that every book I brought home was an invitation to a world I wanted desperately to join. A friend once described that world as a continuum of words. The library sale made the continuum tangible. On the fourth day of the sale, the books in the community room and courtyard already picked through, they opened up the library’s storage, which in my memory has grown greater than the library itself. The price was now a dollar a box. I knew that my little place, just a room off a garage that doubled as my art studio, could hardly fit any more books, but still I grabbed what I could, never once asking what was to become of the books left behind. As I walked to my car carrying my last box, I saw something that caused me to stop dead. There in the parking lot were three gigantic dumpsters filled to the brim with books. Two library workers pushed rolling carts piled high with boxes. I watched as they emptied them into the dumpsters, books tumbling out, falling open, the pages fluttering as if being turned by their last reader, and I felt a sense of foreboding that I now know is part and parcel of the writer’s life. Every author of those discarded soon-to-be destroyed books had once felt like me: desperate for their words to be printed on those pages, bound between those cover

Maceo Montoya is a California-based author, artist, and educator who has published books in a variety of genres. His first novel, The Scoundrel and the Optimist (Bilingual Review, 2010), was awarded the 2011 International Latino Book Award for “Best First Book” and Latino Stories named him one of its “Top Ten New Latino Writers to Watch.” In 2014, University of New Mexico Press published his second novel, The Deportation of Wopper Barraza, and Copilot Press published Letters to the Poet from His Brother, a hybrid book combining images, prose poems, and essays. Montoya’s third work of fiction, You Must Fight Them: A Novella and Stories (University of New Mexico Press, 2015) was a finalist for Foreword Review’s INDIEFAB Book of the Year Award. Montoya is also the author and illustrator of Chicano Movement for Beginners, a work of graphic nonfiction. His most recent novel is Preparatory Notes for Future Masterpieces (University of Nevada Press, 2021).

Listen to Maceo Montoya speak with author Daniel Chacón on the Words on a Wire podcast. 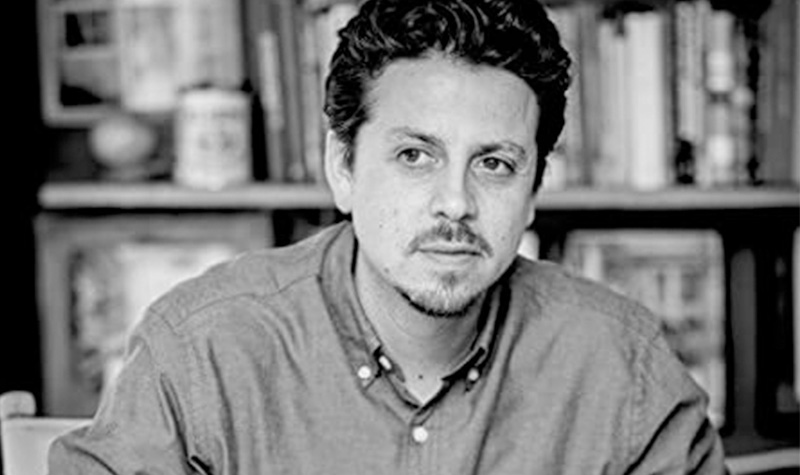